All of the above are skills that were perfected by Ustaad Mehdi Hasan. With his blessings, this Gayaki style is being carried ahead by Shri Talat Aziz, his foremost Shagird/disciple.

Audition Screening shall be done for admission into this workshop.

Talat Aziz hails from Hyderabad, India. His family loved fine arts and used to organise Mehfils in their house, inviting artists and poets like Jagjit Singh and Jaan Nisaar Akhtar to name a few. This greatly influenced him and he started learning music from an early age. Talat Aziz took his initial training in music from Kirana Gharana. He was trained primarily by Ustad Samad Khan and later by Ustad Faiyyaz Ahmed Khan from the Kirana Gharana.

After the initial training, Talat learnt music from the Ghazal maestro Mehdi Hassan. Mehdi Saheb and Talat Aziz were together for almost over 25 years on and off and they even did a North American concert tour together in 1986 . But the last time the Guru and his Shishya sang together was in Oct 2000 in Mumbai . It proved to be fateful as exactly a week later Mehdi Hasan Saheb suffered his paralytic stroke after which he could never sing again.
Talat Aziz greatly values the tutelage and the blessings he received from his Guru Mehdi Hasan and remembers that once Mehdi Saheb remarked “ One day the fragrance of my gayaki will reflect in your singing”. That blessing is what Talat treasures most and that is what he is trying to impart on the younger generation who would like to learn the this gayaki.

Talat released his first album in Feb 1980, under the baton of Jagjit Singh . Jagjit Singh composed this album titled ‘Jagjit Singh presents Talat Aziz’. This was a runaway hit and the ghazals from this album like ‘Kaise Sukoon Paoon’ , ‘Chahenge Tujhe par…” to name a few. Subsequently in 1981 Khayyam Saheb the legendary music director introduced Talat Aziz in the classic film [Umrao Jaan]] with the famous ghazal’ Zindagi Jab bhi’ and followed it by Bazaar, with the immortal ghazal ‘ Phir Chidi Raat’ which he sang along with the legendary Lata Mangeshkar. 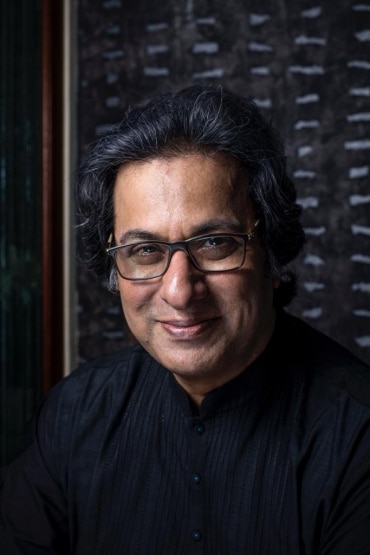