What will you learn:

Debopriya Chatterjee received a Sangeet Natak Academy award in the Hindustani Instrumental category as a flute artist from the Ustad Bismillah Khan Yuva Puraskar (Prize to Young Artists) in 2008.She is recipient of a national scholarship from the Ministry of Culture. She also received the Nuffic scholarship from the Indian Embassy, Netherlands in 1996. She has been awarded Surmani title by Sur Singar Samsad, Mumbai, and the Gold Medal from Prayag Sangeet Samiti, Allahabad, both in flute and vocal music.
Debopriya Chatterjee is a regular artist with All India Radio and has performed at many prestigious festivals in India including the Dover Lane Music Conference, Kolkata; Sawai Gandharva music festival, Pune, and Saptak music festival, Ahmedabad. She has also given performances in many countries of Europe, U.S.A., Australia and Asia.
She has many recordings to her credit including the Guru-Shishya with her guru Pt Hariprasad Chaurasia, released by Sense World Music, London. 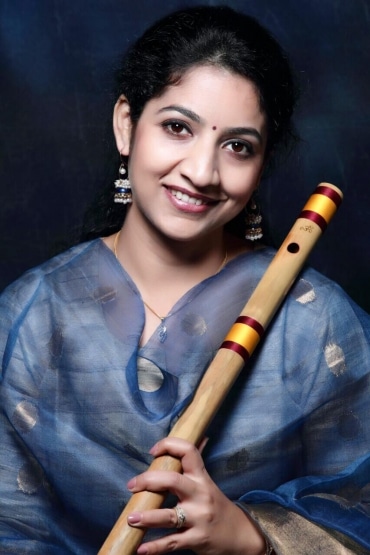